Discover Villefranche-sur-Mer and its magnificent coastline

Discover Villefranche-sur-Mer and its magnificent coastline

Villefranche-sur-Mer, located in the heart of one of the most beautiful French harbours, is a must-see site on the French Riviera. Its Provencal vegetation and crystal clear waters make for a spectacular landscape.

However, this small town of about 5000 inhabitants, located not far from Nice, has much more to offer. Its old town, its winding streets, its colourful facades and its old houses dating from the 17th century, also contribute greatly to its charm. In addition, the omnipresent sunshine and the “Les Marinières” beach make the area around Villefranchois ideal for enjoying your holidays.

The Saint-Elme citadel, between the town and the Darse 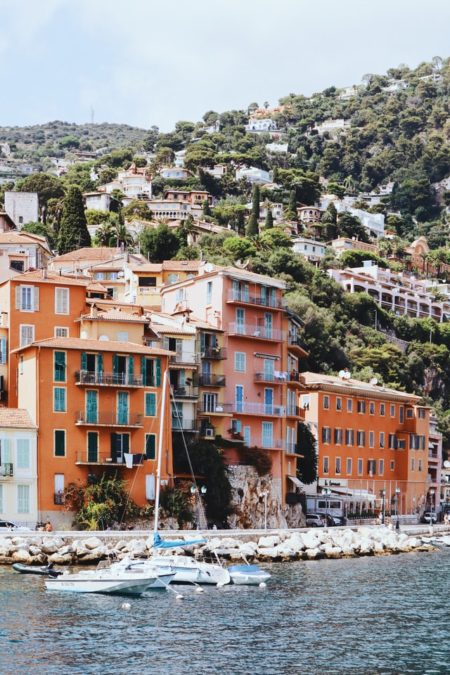 The citadel of Villefranche-sur-Mer, called Fort Saint-Elme, was built in the 16th century. At the time, Charles II, the Duke of Savoy, commissioned the Italian engineer Olgiati to build it. The citadel was completed on the heights of Mont Boron by the construction of the Mont Alban fort and on Cap Ferrat by the installation of the Saint-Hospice tower.

Thus, a defensive chain was formed with the aim of protecting the Darse de Villefranche-sur-Mer and its harbour, the Duke’s “jewel”. Fort Saint-Elme is one of the first star-shaped fortifications, which Vauban was inspired by a century later.

Today, the citadel, which is entirely pedestrianised, houses the town hall, a congress centre, a chapel, a garden and the Volti and Goetz-Boumeester museums, the Roux Collection and the memorial room dedicated to the 24th Alpine Hunter Battalion.

It also offers a pleasant promenade linking it to the sublime port of La Darse, located further south, and a spectacular view of Saint-Jean-Cap-Ferrat and the harbour.

A major restoration project for Fort Saint-Elme was started in October 2019. At the request of the municipality and with the financial support of the local authorities, the State and the Fondation du Patrimoine, the historic building will be given a new lease of life. In the end, the work, planned over a period of ten years, will allow full access to the entire citadel.

The old town and its colourful facades

Houses with warm colours, contrasting with the light-coloured, often half-closed shutters, which hint at the calm and peaceful life of the inhabitants. You are here in Villefranche-sur-Mer, a town full of charm.

If you opt for a stroll through the heart of the old town, its winding, shady streets, you will undoubtedly be seduced by its beauty and its history. Venture at random under the arcades and staircases in the maze, little secret places and surprises await you.

The Rue Obscure and its mysterious atmosphere was built in the 13th century. It is a 130-metre long underground street, which runs along the first city wall. It was only in the 17th century that it was vaulted and covered almost entirely.

In the past, it facilitated the passage of soldiers, but was also used to protect livestock, to store wine, and as a shelter for the inhabitants in case of siege. On 4 October 1932, the Rue obscure was listed as a historical monument. All along the route, there are signs with many explanations.

The square in front of the baroque church of St. Michael is a charming and pleasant place. This church dates from the 17th century. In contrast to the many Italian churches of the time, it remains relatively sober.

At the foot of the old town, St. Peter’s Chapel is also worth a visit. Entirely decorated by Jean Cocteau and in Romanesque style, it is open to visitors every day except Monday, Tuesday and Christmas Day.

Discover the Rue du Vallon with its old washhouse and the Chapel of Saint Elisabeth. Not forgetting the main axis of Villefranche-sur-Mer, the Rue du Poilu, named in homage to the soldiers of the First World War. At the end of this long alley, a pretty square with a fountain, in an “Italian-Provençal” atmosphere, welcomes you.

The port and the beach of the Darse 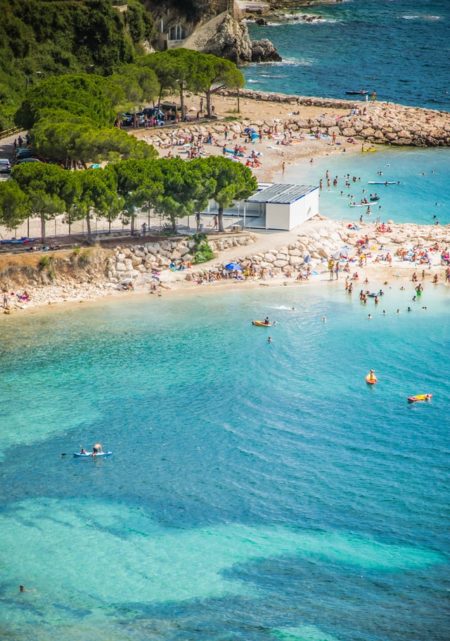 The Darse harbour, dating from the 16th century, is the largest harbour in Villefranchois. Listed as a Historic Monument since 1991, its maintenance is subject to the approval of the architect of the Buildings of France.

In the 18th century, it acquired the status of Port Royal and major works were carried out. The lighthouse, one of the towers of the old Lazaret and the dry dock are still visible.

Along the chemin du Lazaret, the buildings of the Old Forge, the Corderie and the galley hospital now house the first multidisciplinary university oceanographic centre in France.

Hidden behind ramparts and accessible by stairs, the Darse beach is located to the west of Villefranche-sur-Mer. From this pebble beach, you can enjoy one of the most beautiful views of the entire Côte d’Azur over the harbour.

To guarantee you a successful stay and pleasant rides, without worrying about where to park, we offer you the opportunity to take advantage of our top-of-the-range vehicles and our experienced drivers.