Discovery of the small village of Biot and its glass factory

Discovery of the small village of Biot and its glass factory

With its colourful houses huddled together, its picturesque streets, its arcades and its craftsmen, Biot, an authentic village between Antibes and Cagnes-sur-Mer, is one of the must-see stops on a stroll inland. From the top of this promontory overlooking the plain to the sea, the beauty of the Mediterranean can be discovered, but Biot has much more to offer. Between history and arts and crafts, let’s discover this corner of paradise.

Surrounded by green hills where mimosas and olive trees flourish, the visit to the village of Biot begins with two still visible vestiges, the Tines gate built in 1565 and the Migraniers gate dating from 1566.

A walk through the village centre is enough to understand that history is long. The rectangular Place des Arcades is a witness to this glorious past. In 1209, the Templar order set up one of the largest commanderies in Provence. The order remained there until it was arrested, at which time its assets were handed over to the Knights of Malta.

In the unstable cobbled streets where stones and pebbles are laid on edge, references to the Middle Ages are everywhere. The rue la Vieille Boucherie, the rue de la Poissonnerie and the rue des Orfèvres still bear witness to the organisation of the trades of the time.

In the 14th century, the Black Death and famine literally emptied Biot of its population. Repopulation began gradually from 1470 onwards thanks to the inhabitants who came from the other side, from Liguria in Italy.

Stop by the tourist office. There you will find documented brochures in paper format allowing you to visit Biot thematically: the historical path, the geological path, the glassmakers’ path and the crafts path. 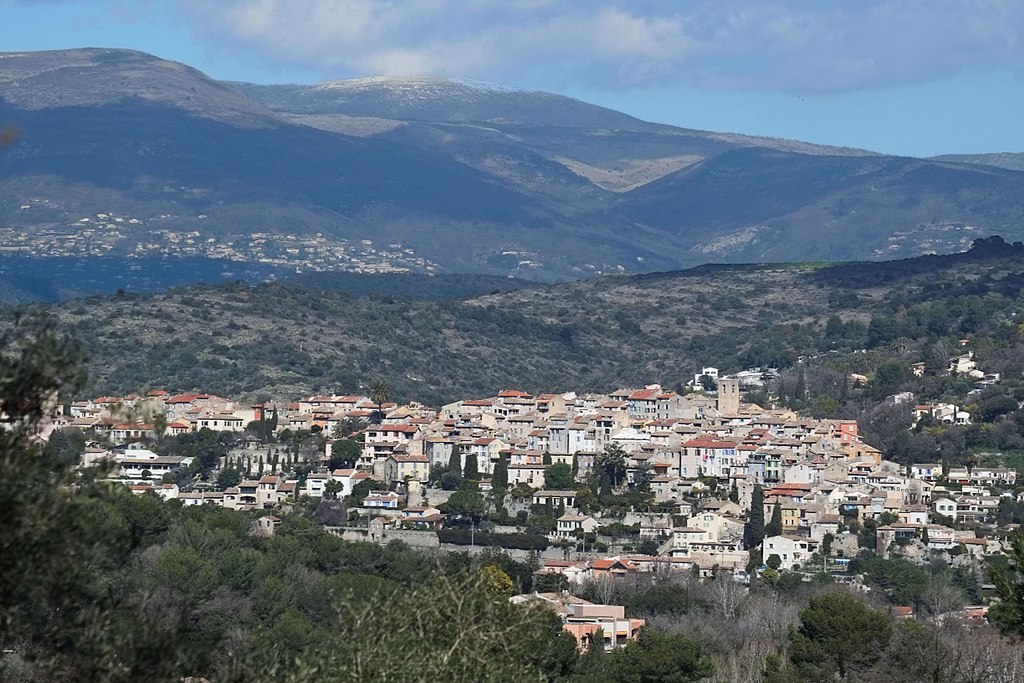 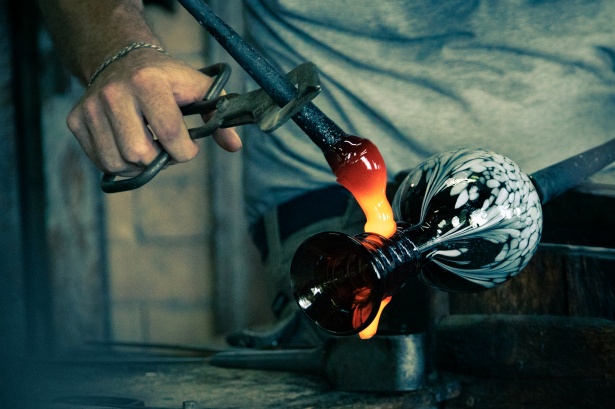 Since the 1950s, the village of Biot has been entirely dedicated to art, thanks to the work of exceptional craftsmen specialising in bubble-blown glass, whose production is known throughout the world.

If you think that the art of glassmaking is based solely on transparency, you are mistaken. In Biot, it is quite the opposite and this particularity has allowed the master glassmakers to distinguish themselves. Bubble glass was born from a refining defect, a mistake that would change the village’s destiny forever. As the years went by, the technique improved, and the Biot glassmakers learned to control the air bubbles trapped in thick glass by sprinkling bicarbonate of soda on the hot glass during the shaping process.

Today, several glass workshops share the task of producing goblets, jugs, glasses and oilers, each with its own personality. In addition to free or guided visits, the Biot Glass Ecomuseum offers demonstrations and courses for those who would like to try their hand at glassblowing.

As the village has been awarded the “ville des métiers d’art” label, you will find shops and galleries on either side of the main street, as well as in the labyrinth of flower-filled alleys… Push open the doors and embark on a creative and sensitive shopping experience.

A visit to the Museum

Located at the foot of the village, the Fernand Léger Museum is dedicated to the works of the artist, who was a painter, ceramist, stained glass artist, decorator, sculptor, draughtsman and illustrator. In 1955, Fernand Léger bought a piece of farmland in Biot and entrusted the Russian architect André Svetchine with the construction of a building in the middle of a Mediterranean garden. The museum, which was restored in 1969, contains 300 works, including a glass mosaic covering 400 m2 of the façade, originally intended for the Hanover stadium in Germany. The museum’s hall is occupied by a monumental stained glass window of 9 m2.

Walk in the Brague park 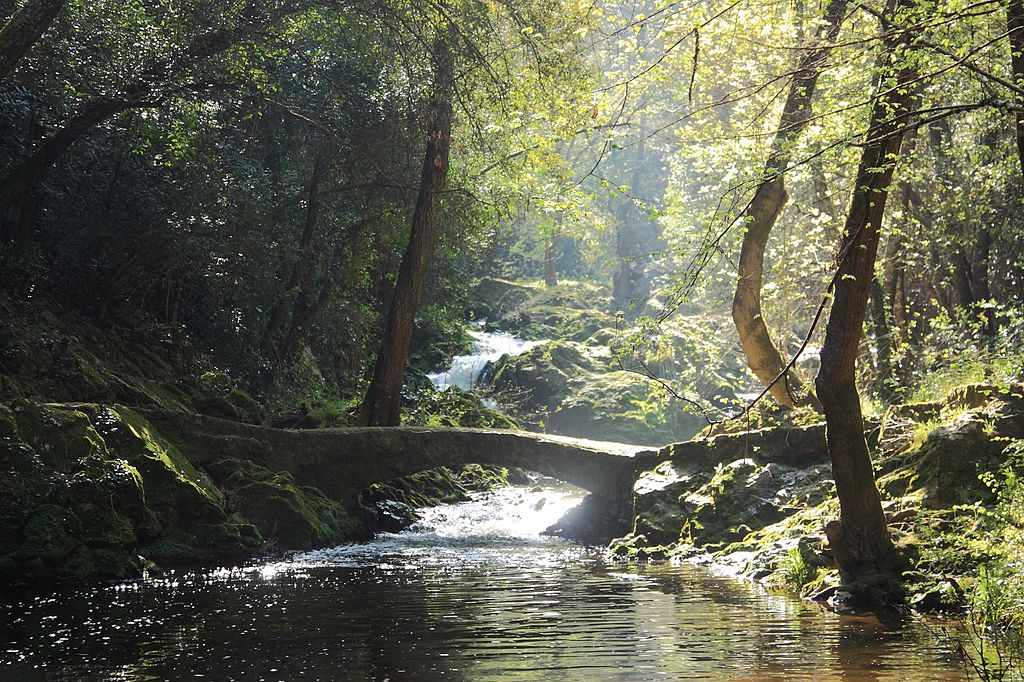 Between Biot and Antibes, the Brague park, situated on a limestone plateau, is a real oasis of freshness only a few kilometres from the sea. In the valley, the 9-kilometre walk, accessible to all, follows the course of the river Brague, a path lined with alder, ash, hornbeam and walnut trees. On the hill, the path offers a discovery of the Mediterranean vegetation composed of pine forests, scrubland where the scent of rockrose, myrtle and rosemary mingle. 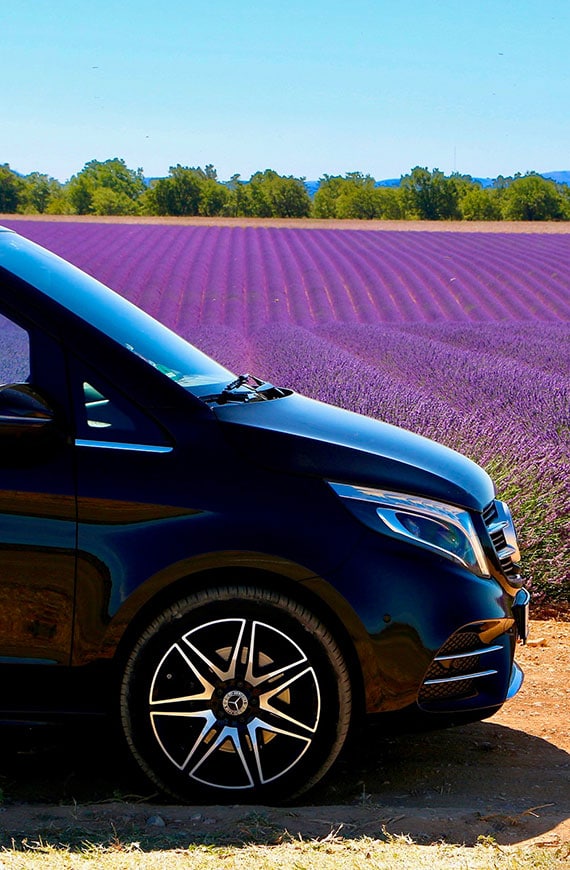 A private driver to drive you to Biot

How about spending a day in Biot, visiting the village, practicing glass blowing, admiring the work of Fernand Léger, going shopping and walking in the Brague park for as long as you want without having to worry about finding a place?

We provide you with top-of-the-range cars and experienced drivers who will take care of you and drive you wherever you want in complete safety, the guarantee of a successful day without the slightest worry of everyday life.