Focus on the Cannes Yachting Festival

Focus on the Cannes Yachting Festival

The Cannes Yachting Festival is Europe’s leading yachting event, which takes place in Cannes as its name suggests. It is the first European show in its category, a unique meeting place for those who love the sea. You will understand here why this adventure requires a large organisation to support multiple projects.

The Cannes Yachting Festival is organised every year in September. It has officially existed since 1977 and brings together thousands of visitors each year in a sumptuous and chic universe. The setting up of such a programme requires extreme rigour, as the speakers were able to testify.

In terms of statistics, this event brings together around 500 exhibitors, 600 boats, a hundred or so world premieres, and several tens of thousands of visitors. The attendance is therefore up to the expectations of the festival. It should be noted that these figures are close to the record levels reached by this event in 2019. The reputation of the festival is also significant, as half of the visitors come from abroad, from Europe and the four corners of the world.

In this context, the content proposals were particularly dense in terms of products and services, the number of brands and the varieties of boats to be presented.

The boats are usually spread over the ports of Cannes, the Vieux Port or the Port Canto. Among them, some host 100% electric or hybrid boats, as is the case for the Old Port in 2021. In Porto Canto, spaces have been made available this same year. In particular, the Innovation Space and the Brokerage Space. The former aims to showcase ingenious start-ups in the nautical sector, and the latter presents second-hand boats for hire or sale.

In 2021, the festival was held over a period of 6 days, at the end of which the exhibitors, but also the service providers, partners and visitors, shared the enthusiasm and joy of the occasion.

Multiple projects: the Green route and the ecological approach

This incredible event has recently expanded its activities by adding a new route called “Green route”. It is an expression of the festival’s attention to the environmental cause. In recent years, the environmental issue has been at the centre of debates on mobility. Several elements are therefore being rethought: the equipment and the environmental aspect of the boat. The festival is planning a route made up of 50 exhibitors specialising in an eco-responsible approach. The aim is to communicate on the existence of new technologies that will be those of tomorrow, in the context of a world that is more attentive to its ecological footprint. Solutions are emerging, such as green hydrogen and renewable energy.

The festival is also particularly committed to improving its Corporate Social Responsibility policy. It is therefore implementing a series of actions to help reduce the ecological impact of this event. Digitalisation is one of these actions, as it is used to the detriment of the excessive use of ordinary printed documents. This can be the admission ticket, but also the event magazine. In addition, recycled or recyclable materials are preferred and used for decoration, furniture, etc.

These efforts are aimed at reducing the impact of the nautical industry on the sea and its ecosystems. In 2019, a festival exhibition called Energy Observer presented its work on renewable energy and hydrogen.

Services offered by Kingdom Limousines at such events 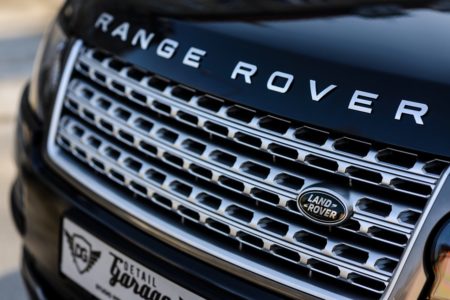 It is interesting to note that it is not negligible to provide a driver during important events such as the Cannes Yacht Festival.

The world-famous Cannes Yacht Festival brings in a large number of visitors every year. Cannes is therefore a place not to be missed, where many events are organised such as: a wedding, a holiday or a conference. With its main offices at Cannes airport, Kingdom Limousines offers transfers to this destination. The private airport is 8 km from the centre.

For your day-to-day travel needs, a private driver can be provided by Kingdom Limousines to carry out door-to-door transfers. There is a wide range of vehicles available.

Drivers are usually paid by the hour. When a person makes a reservation, a notification is sent to that person that the passenger has entered the vehicle and has arrived at the destination.

Kingdom Limousines also helps to ensure that the events you attend run smoothly. This can include the choice of vehicles and the number of vehicles with drivers. The chauffeur agency guarantees the success of the event against certain aspects that can affect its progress, namely traffic, weather or passengers.

With a private chauffeur, you will also have the opportunity to take guided tours of the French Riviera. This is an ideal tourist excursion in this region of southern France.